Spaghetti squash has become a family favorite in our house. If you are wanting to grow your own, check out these best tips for growing spaghetti squash. I even include some troubleshooting tips as well as some ideas on ways to cook and use. 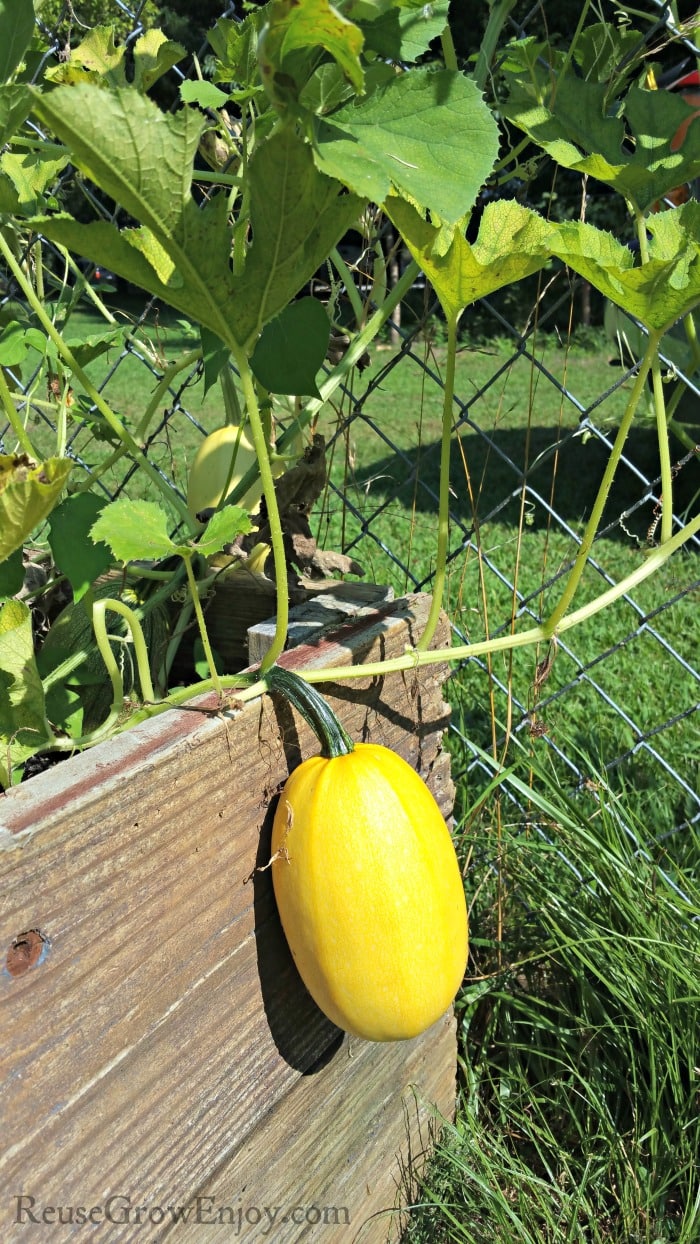 When you learn these tips for growing spaghetti squash it can save you a lot. If you buy squash at the store I am sure you have seen how high they can be. You do good to find it on sale for $0.99 lb. So it is a good idea to grow your own.

But not everyone knows how to grow it. So I figured I would go over the basics as well as touch on some of the most common issues you may face and how to fix them.

Where to Grow Spaghetti Squash:

Spaghetti squash will grow in many areas but does not tolerate frost well. It thrives in loose, well-drained soil in full sun.

How to Plant Spaghetti Squash:

Planting seedlings early in the growing season can be done indoors. Use small containers with one to two squash seeds per container.

If you’d prefer to plant your spaghetti squash directly into the garden, do so only after all danger of frost has passed.

Plant seeds or transplants in hills that are at least 3 feet apart with 1 or 2 plants per hill. Add compost to the soil as well, so the plants get more nutrients.

It’s important not to overcrowd the plants, as overcrowding can cause a number of issues. Pests thrive in an overcrowded garden, for example.

Watering can become an issue as well, since crowding plants together can lead to poor drainage.

While it’s not ideal, you can plant spaghetti squash in containers as long as they’re large enough.

The containers you use should be at least 5 gallons and have plenty of holes along the bottom so the soil can drain well.

Another thing to be mindful of when planting is this plant will run/climb. So you want to make sure not to plant it near something it will choke out.

I actually like to plant mine so they can climb the fence or garden trellis and keep the squash from laying on the soil as they are growing. It helps to cut down on the chance of rot. 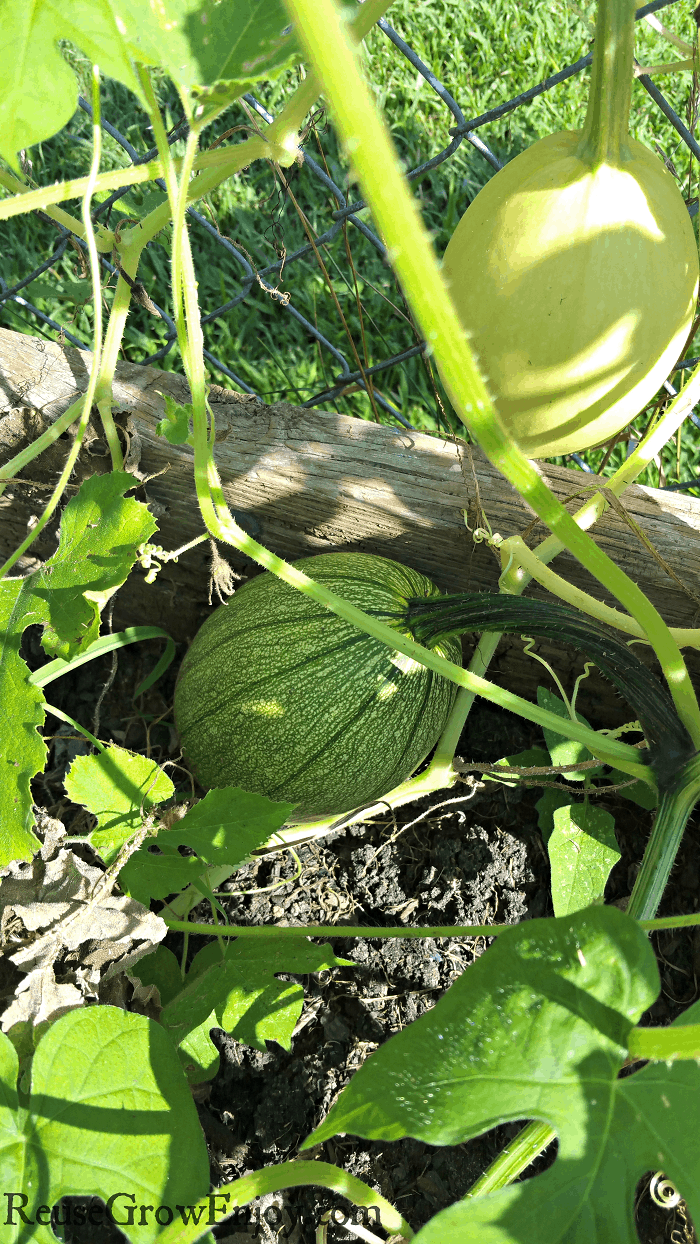 How to Care for Spaghetti (aka winter) Squash:

Water your spaghetti squash often. You want to make sure it gets enough water to grow the squash but not so much that the roots stay soaked all the time.

During summer’s peak, remove late blossoms so that the developing gourds can get all the energy and food the plant makes.

If you’re growing your spaghetti squash in containers, you should also add food or compost to the soil regularly to make up for the lack of nutrients in potting soil.

As they grow, gourds might stop turning and changing position as they get heavier. They can begin to settle into a groove which leaves part of the squash constantly touching the ground.

At best, this may cause the squash to grow into an odd shape – at worst, it could start to rot.

To avoid this, carefully move the gourds from time to time to keep them from rotting where they lay on the ground. You can also place boards or baskets underneath them so they get more circulation.

Another way to avoid this is to have the plant grow vertically as I mentioned above. This way the squash is always hanging and never laying on the soil. 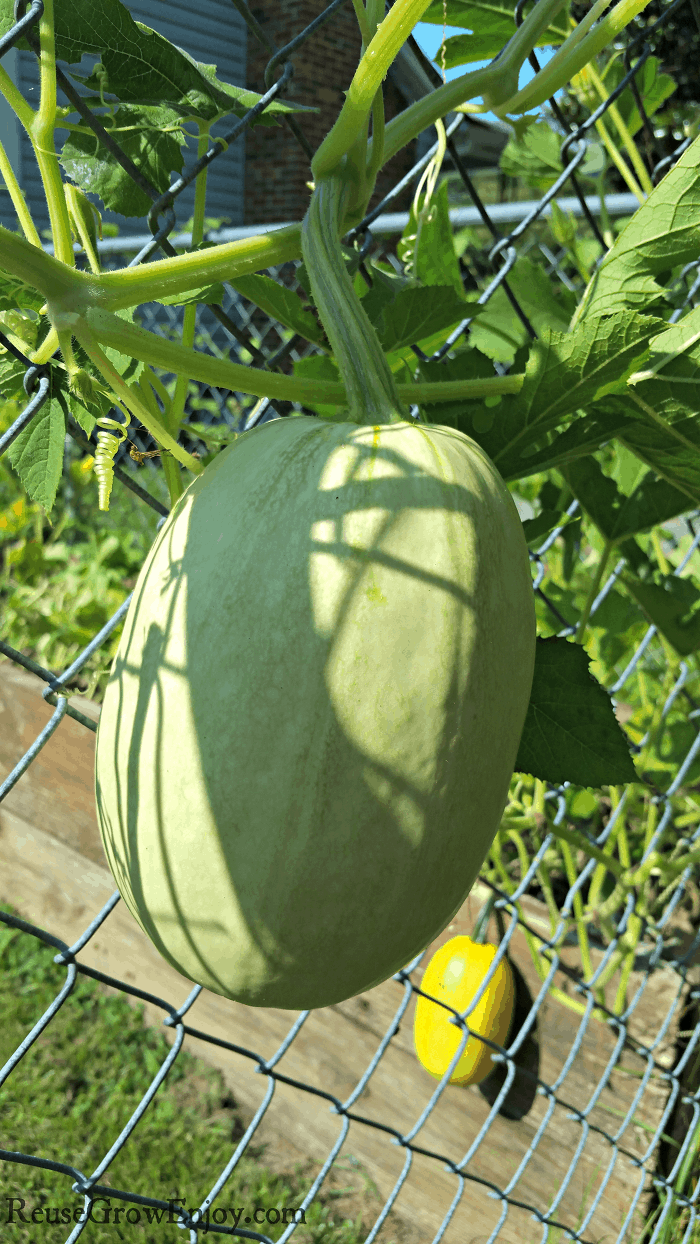 The concept of companion planting is long-lived and pretty simple. Different plants’ characteristics can help (or hinder!) the plants around it.

Squash is traditionally grown around beans and corn. This trio is referred to as the “Three Sisters.” The beans and squash are planted alternately around the corn, which serves as a structure for the beans to grow on. The squash covers the ground as it grows, which prevents weeds and helps the soil retain moisture.

Other companion plants for spaghetti squash include marigolds, borage, dill, and oregano. These aromatic herbs and flowers deter many different kinds of pests. Some gardeners say borage helps the flavor of their spaghetti squash as well.

When to Harvest Spaghetti Squash:

Harvest your spaghetti squash in later summer or early fall. They should be ready around 40-50 days after they bloom.

Spaghetti squash is ripe when you cannot easily pierce the outer rind with your fingernail. It will also be a darker yellow color. But don’t wait so long that it is more of orange color as then it is starting to be over ripen.

It’s a good idea to let them ripen on the vine as long as possible, as long as they are not being eaten by pests and frost is not imminent.

Ways to Use Spaghetti Squash:

Spaghetti squash gets its name because the ripe flesh can easily be pulled out in noodle-like strands. Squash is much healthier than pasta, too, which is why so many people are starting to love it again.

It’s low in calories, carbs, and counts as a serving of vegetables instead of a serving of grains. On average a cup of spaghetti squash has only 10 grams of carbs.

To cook spaghetti squash, cut it in half lengthwise and remove all of the seeds. Brush each inner side with olive oil and add any seasonings you want to use.

Place each half on a baking sheet, cut side down. Bake the squash at 350 degrees for forty minutes. You should be able to easily pierce the squash with a fork. If you’re serving the squash like pasta, gently “rake” the cook strands out with a fork.

However, if you are pressed for time, my favorite way to cook it is Instant Pot Spaghetti Squash! You can cook it in 10 minutes or under depending on the size.

You can eat it just like spaghetti, topped with your favorite sauce. If you need a recipe, be sure to check out my Instant Pot Spaghetti Squash With Meat Sauce. You can also use the strands in a lighter version of Pad Thai!

Have another question about spaghetti squash? Feel free to ask away in the comments below and I will do my best to help you with the answer. 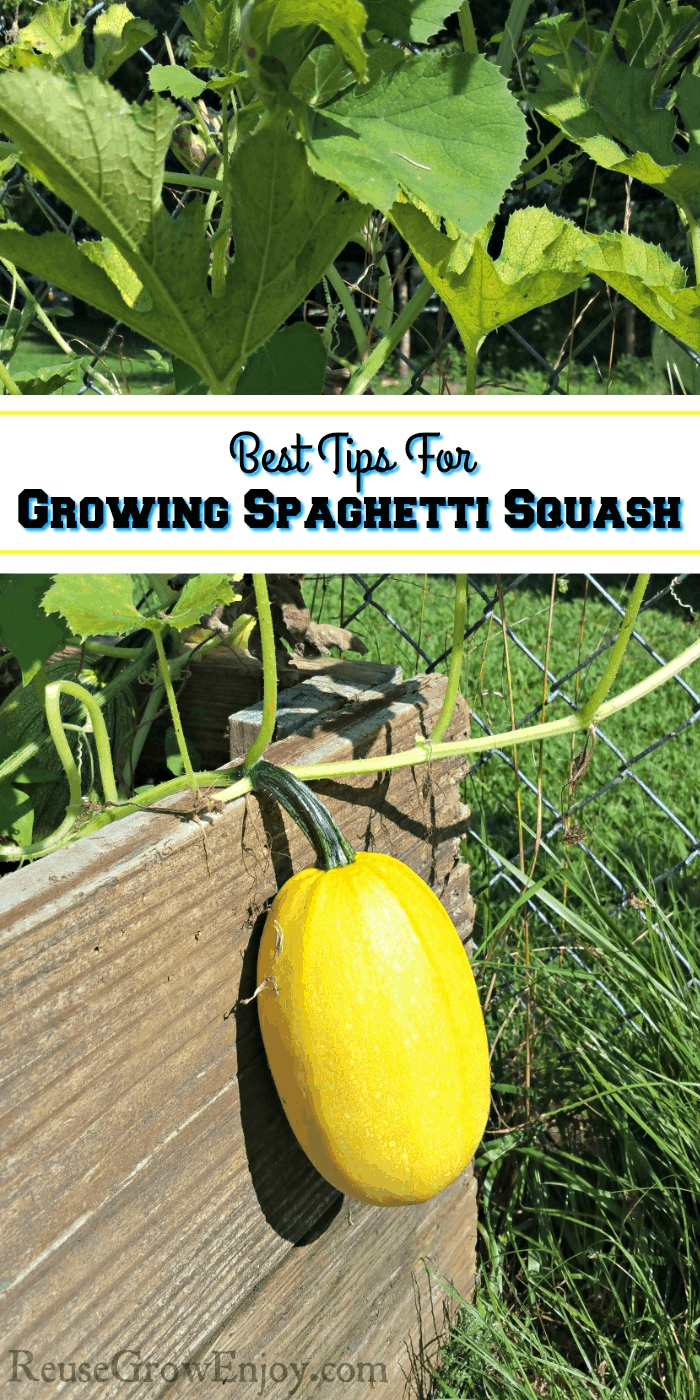 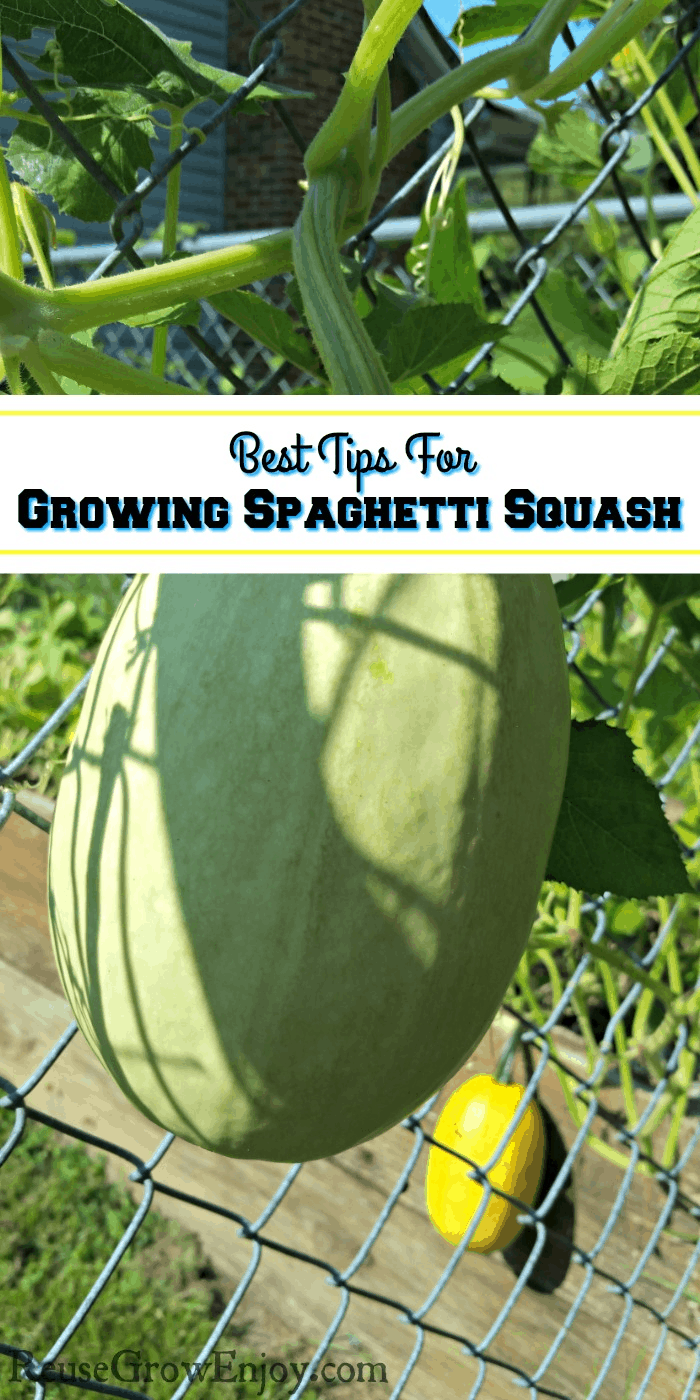 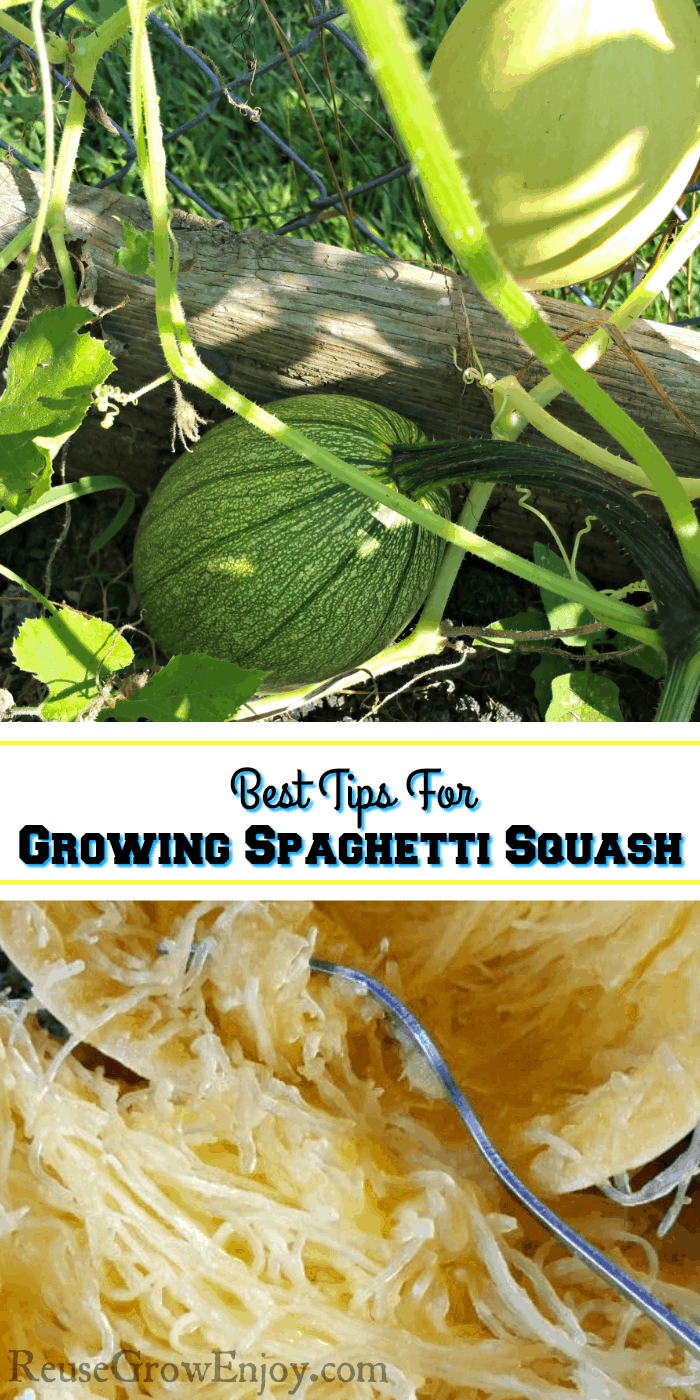