Have an egg carton kicking around and looking for a craft project to do with the kids? This DIY Egg Carton Fox Craft is pretty easy and super cute! 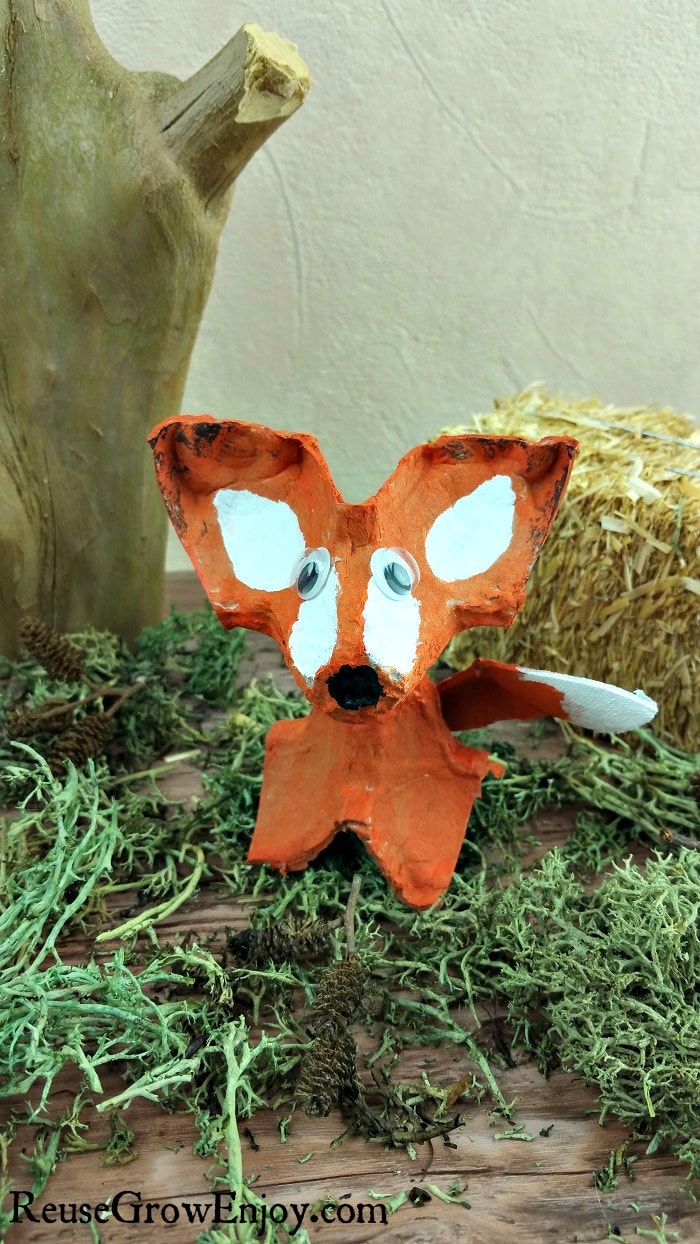 Finding fun and cute kids crafts to make does not have to break the bank. You can make some adorable things by reusing stuff you already have. I am going to show you how to make this adorable fox craft made from an egg carton.

To make it easier for you, I have made a short step by step video showing how I made this fox craft. The directions and pictures are also below. That way you can choose which way is easiest for you to follow along.

I used acrylic paint to cover my egg carton for this fox craft. But you could also use markers if you do not have paint on hand.

The other things you will need is a hot glue gun and a pair of googly eyes. If you don’t have googly eyes, you could draw the eyes on if you want. 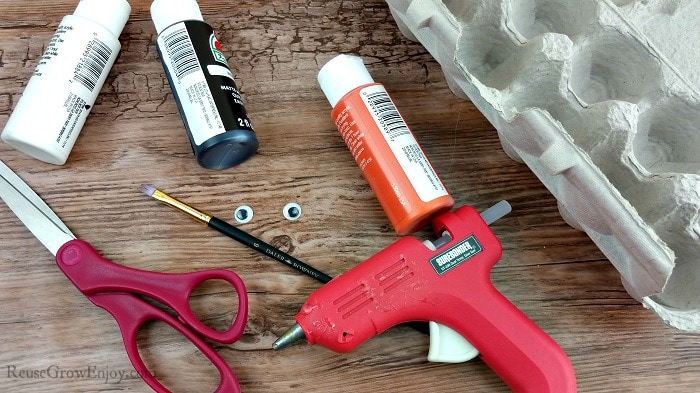 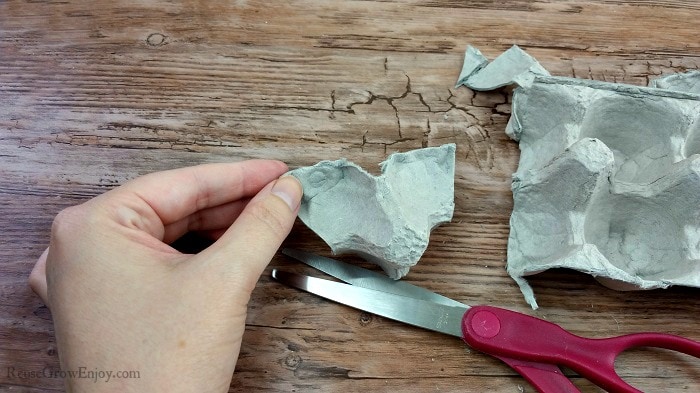 Next, cut another center piece out and leave that one with all four corners. This is going to be the body of the fox. 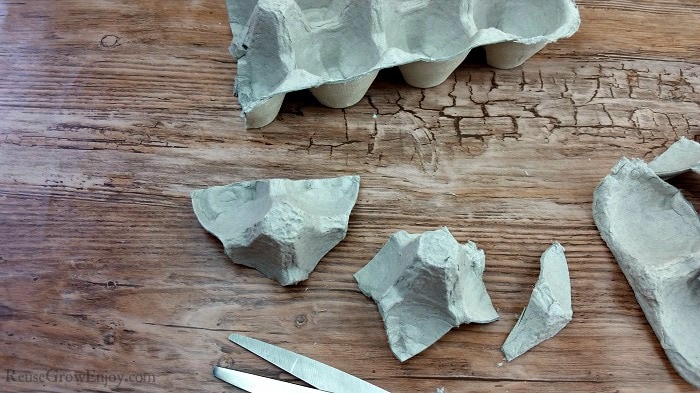 Now with a small scrap piece of an egg carton, cut out a piece for a tail. You want one end to be pretty slim and the other end more oval shaped for the end of a bushy tail.

Using the hot glue gun glue the head piece onto the top front of the base piece. You want the two corners that make the ears to be pointing up.

Next, turn it around to the head is facing away from you and glue the thinnest end of the tail pieces onto the back lower part of the body piece. 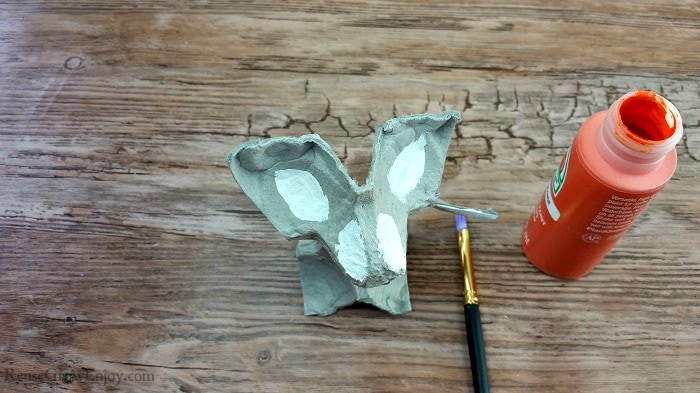 Now that everything is glued in place, it is time to paint the fox. First, use the white to make a small white strip on both sides of the egg carton the part that looks like the nose. Then make kinda of a triangle shape in both of the ear pieces. You also want to paint the stip of the tail white too. 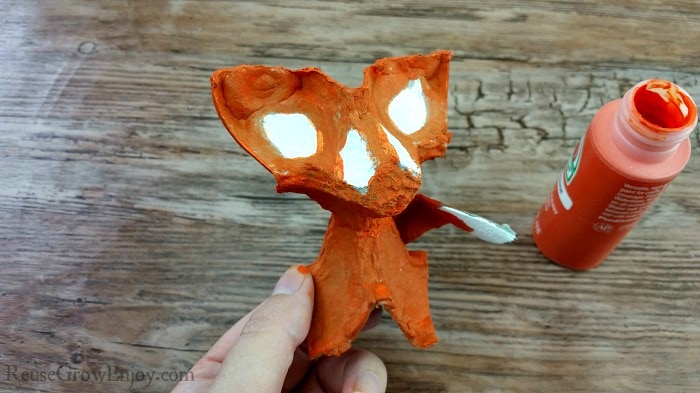 Next, cover everything that is not white with the orange paint. You also need to make sure to cover the back side of your fox too. 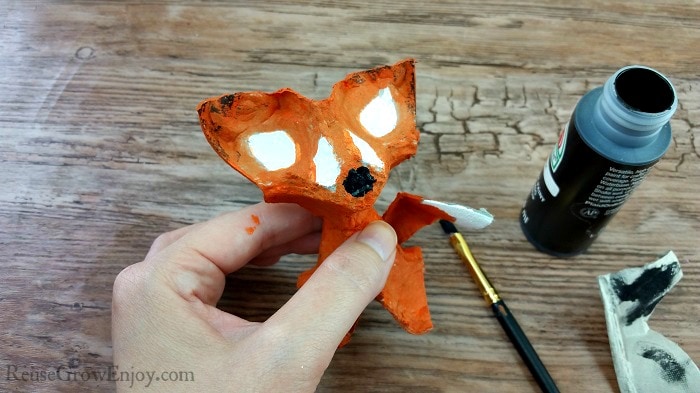 Now using the black paint, paint a small black circle on the very end of the head piece to make the nose. To tip the ears in black like I did, you will want to run the brush over a scrap piece a few times to get the most of the paint off. After you have most of it off, lightly bush the tips of the ear areas. 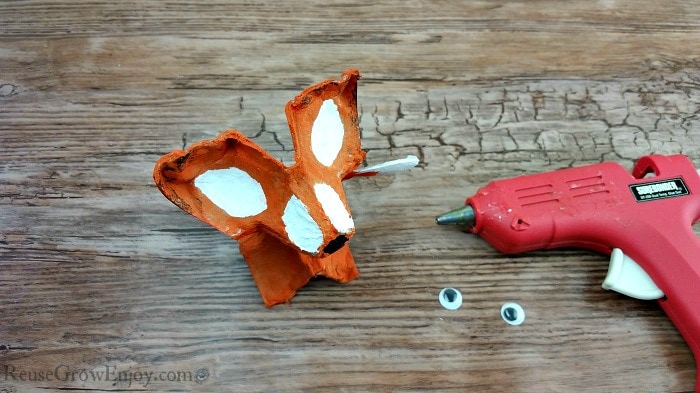 The last thing you need to do is glue the googly eyes into place. I just put it on both sides of the nose just under the ears. 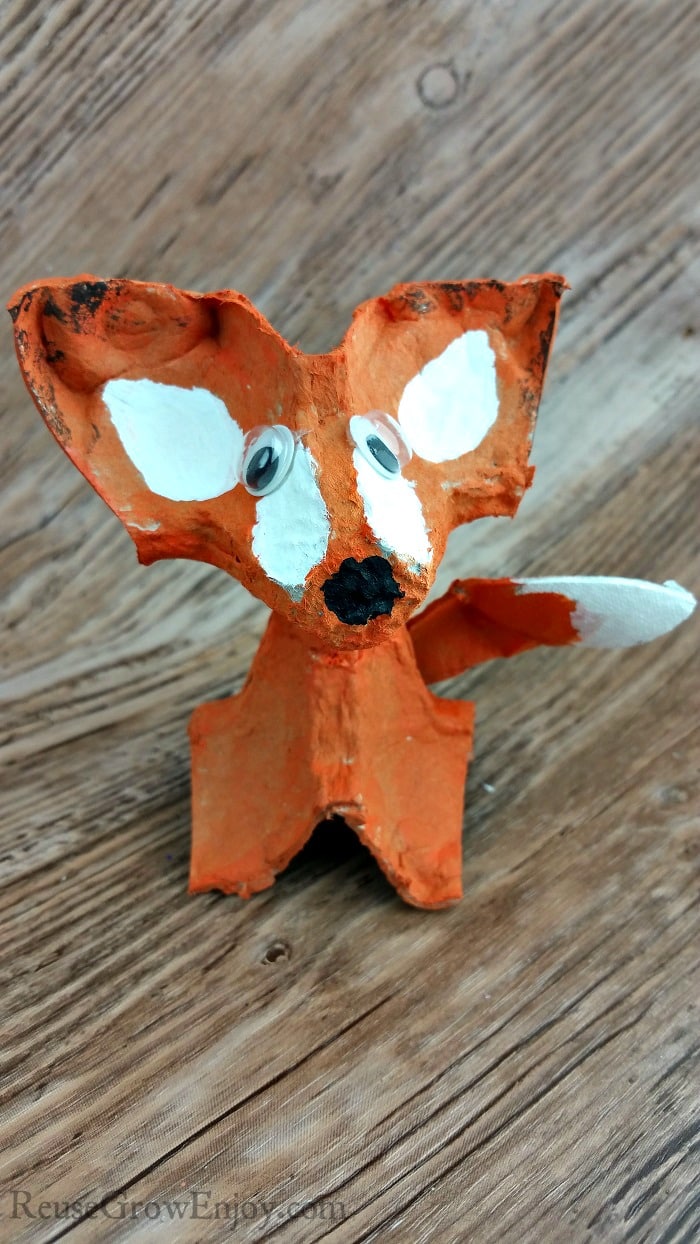 That is it! You now have an adorable DIY Egg Carton Fox Craft to play with or display. 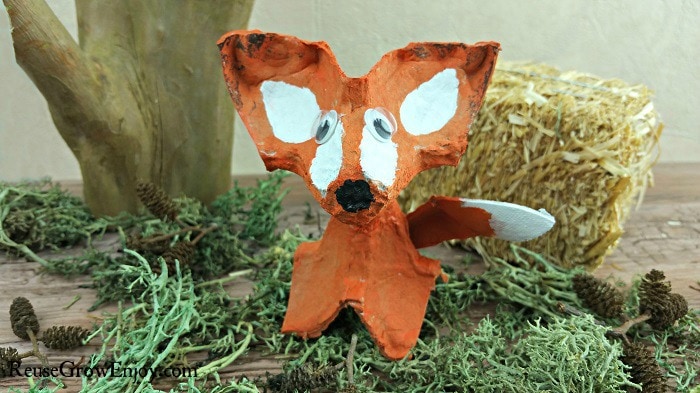 If you liked this kids craft, here are some others to check out. 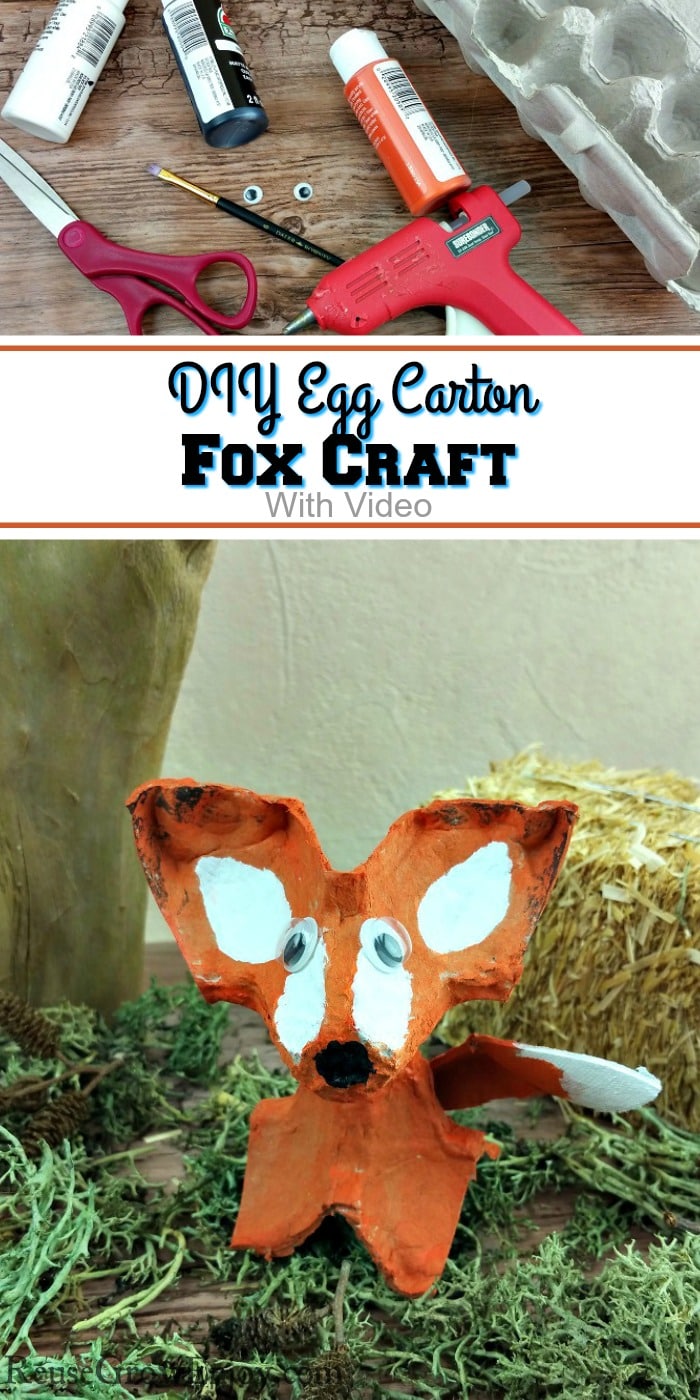