Did you know you can make super tasty cheesecake right in the Instant Pot? Check out my recipe for Marble Blueberry Instant Pot Cheesecake to see what you have been missing. 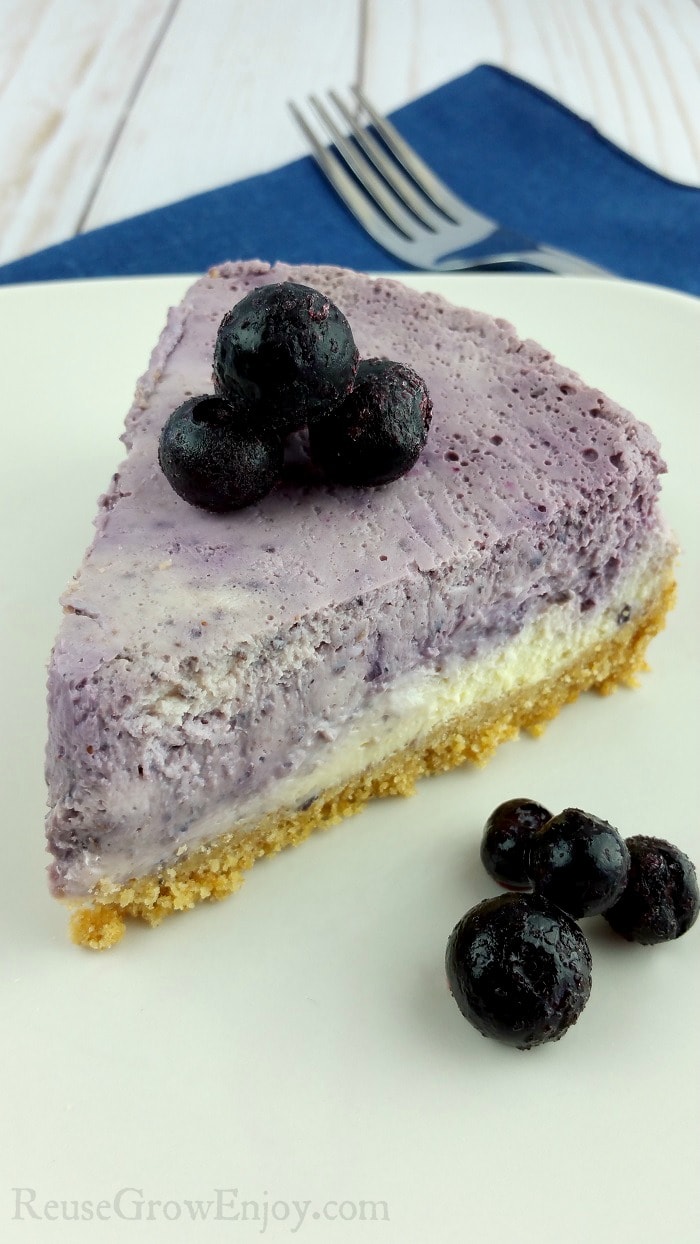 I have always enjoyed a great cheesecake but making them from scratch has not always been that easy. I always had issues with the skin getting too dark when I would bake it. Well, that is no longer an issue when you make this marble blueberry Instant Pot cheesecake.

This is made in an Instant Pot but could be made in any electric pressure cooker. Just be sure that you have a springform pan that fits in your pot.

I used a 6qt Instant Pot with the springform pan found here. 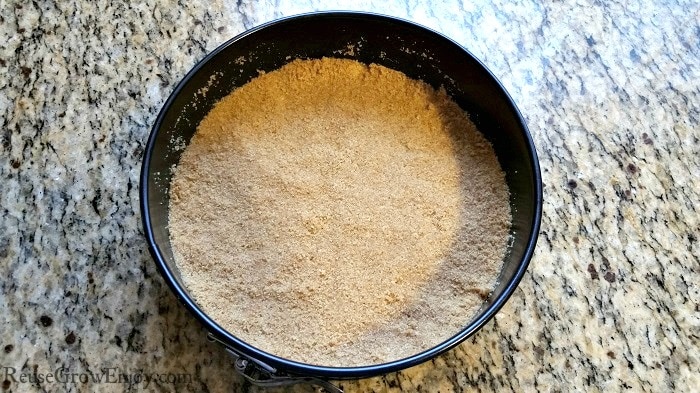 Pack the mixed crumbs into the bottom of the greased pan. You want to make sure you pack them good. Then pop the pan in the freezer while you mix the filling. 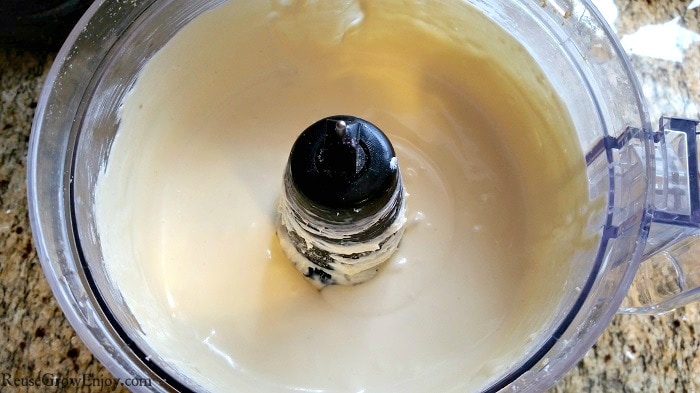 Next, mix your cheesecake mixture in the food processor or stand mixer. 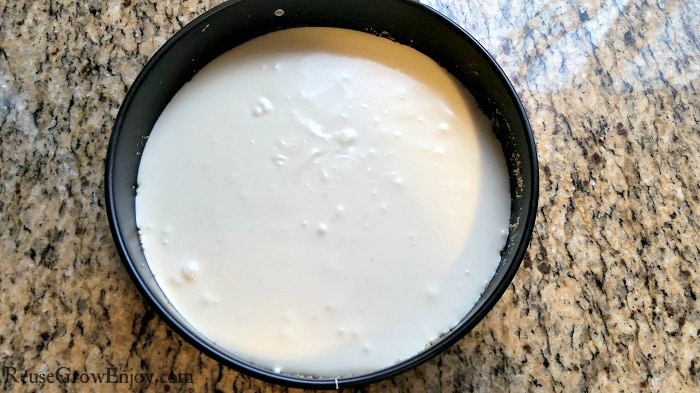 Dump 3/4 of the mixture into the pan on top of the crust. 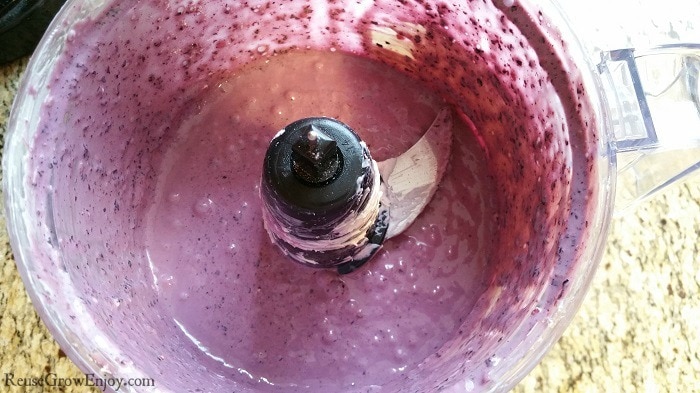 Then add the blueberries into the remainder of the mix in the processor and mix until smooth. 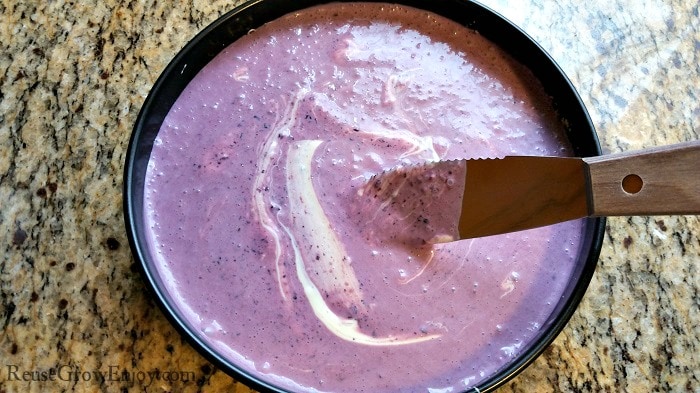 Now dump the rest of the mix on top of the other mixture. Using a fork or knife, carefully swirl it around to five it that marble look. You want to pull a little of the non-blueberry mix up through the blueberry mix. Just be careful not to dig deep as you do not want to dig into the crust.

When it comes time to remove the pan from the Instant Pot, these little mitts work awesome for that! 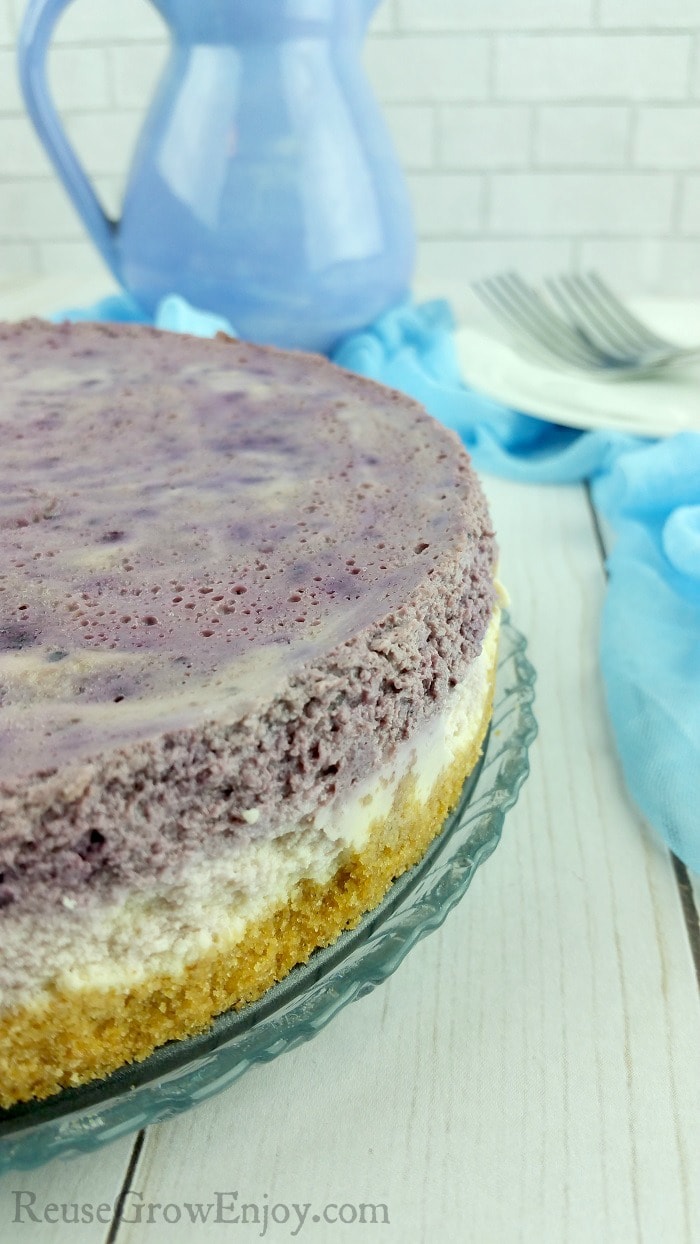 Here are other cheesecake recipes to try. 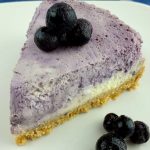 If you are trying to reduce fat you can use one pack of regular cream cheese and one low-fat one. I have done that and it works well.

I would not use both packs of low-fat.  It is a much softer cheese and will not hold shape and texture as well if you do both as low-fat. 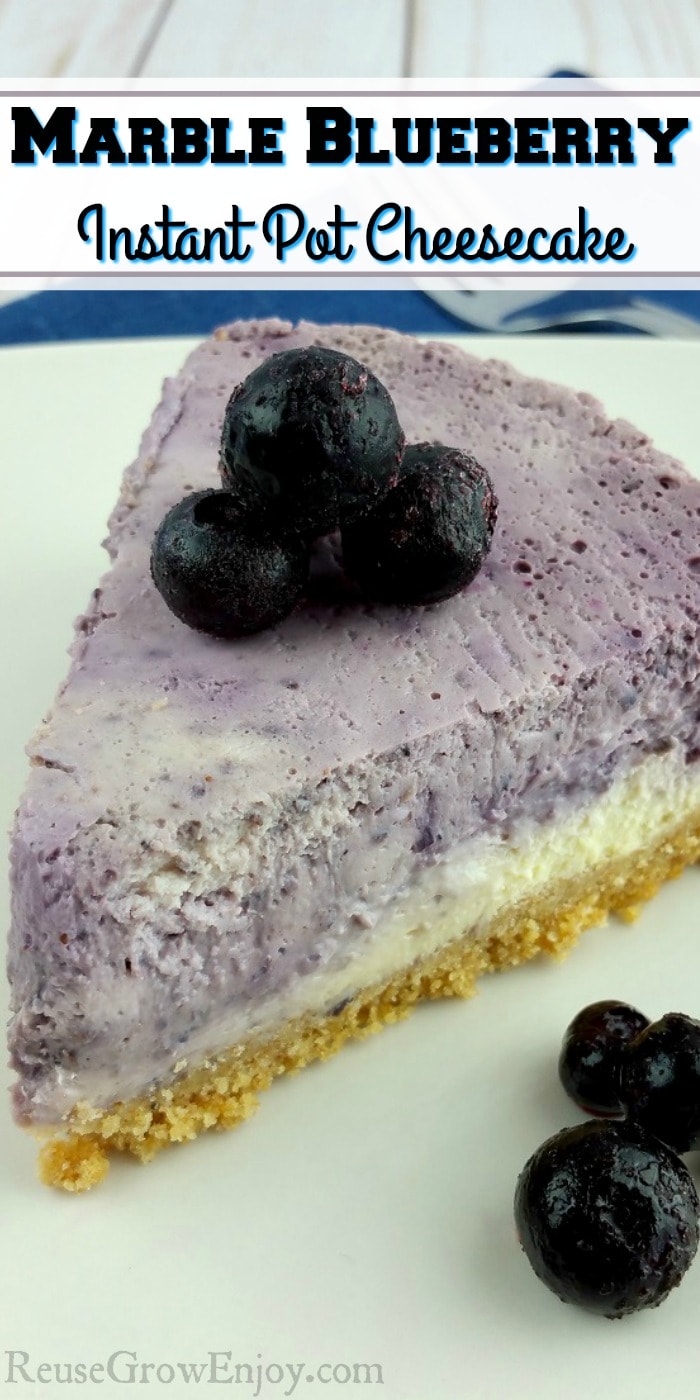 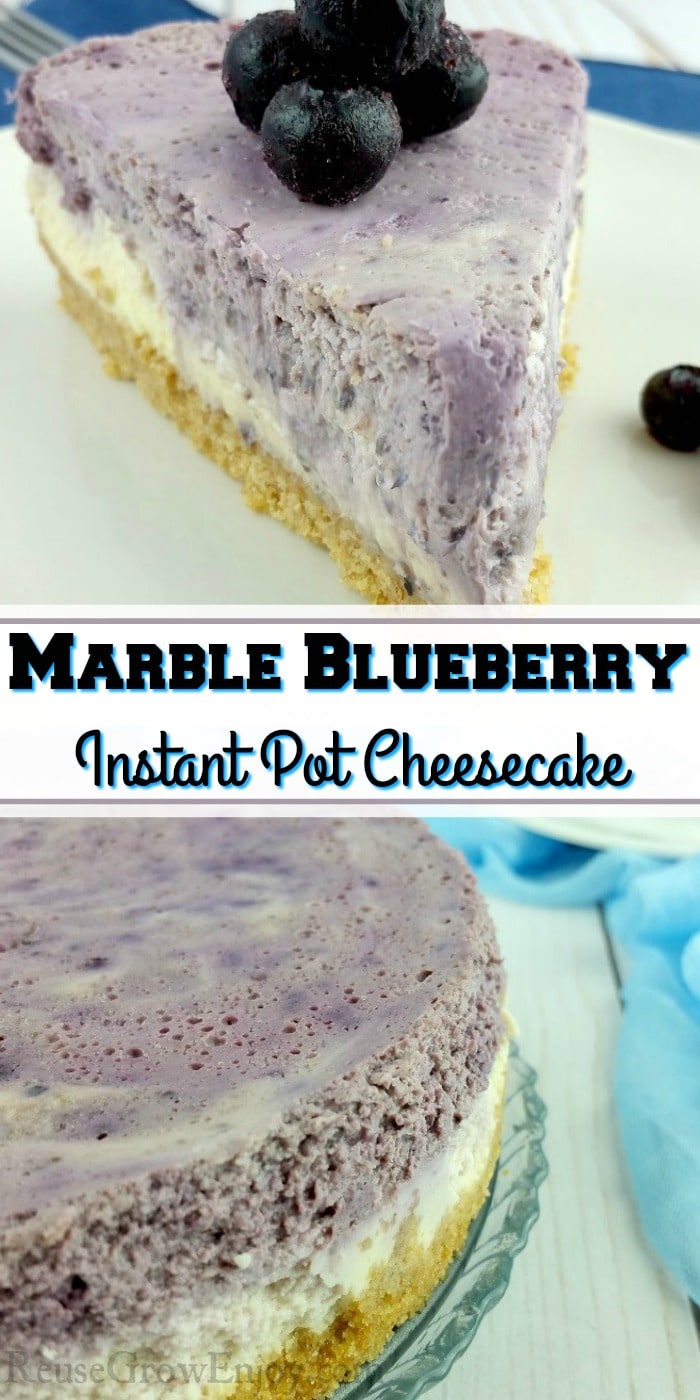 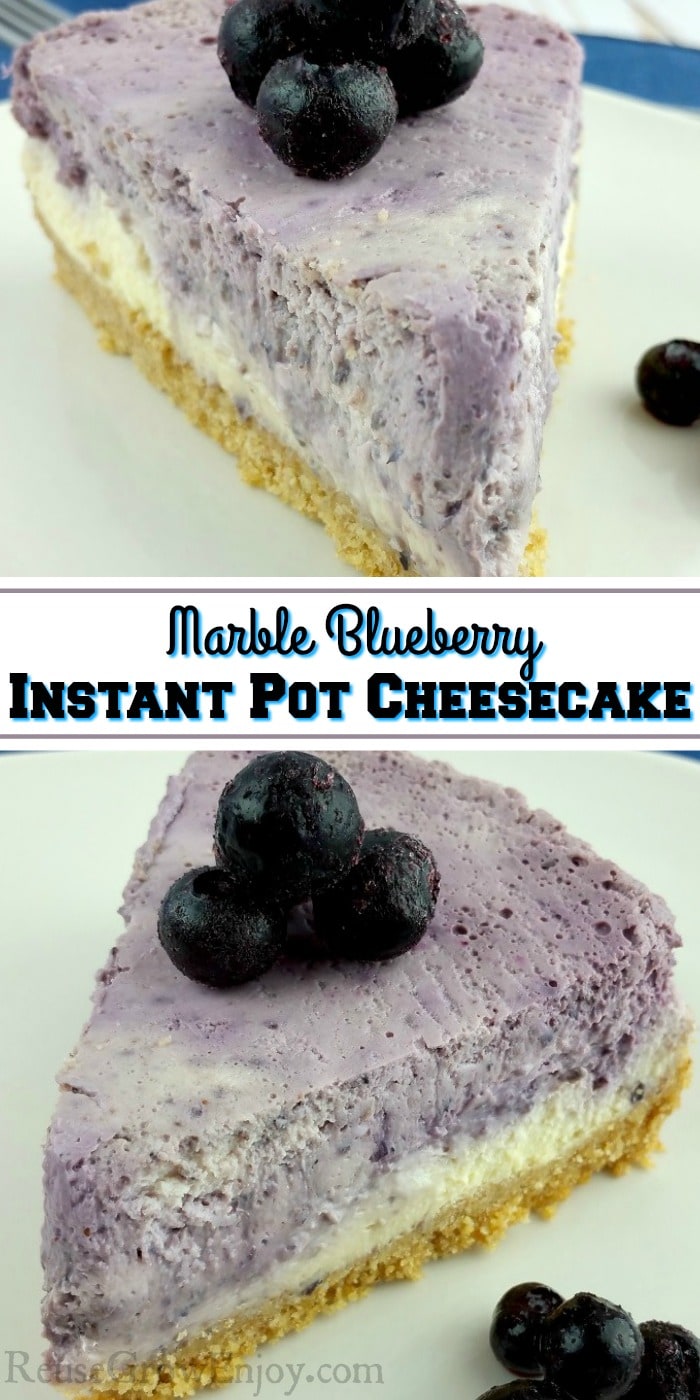