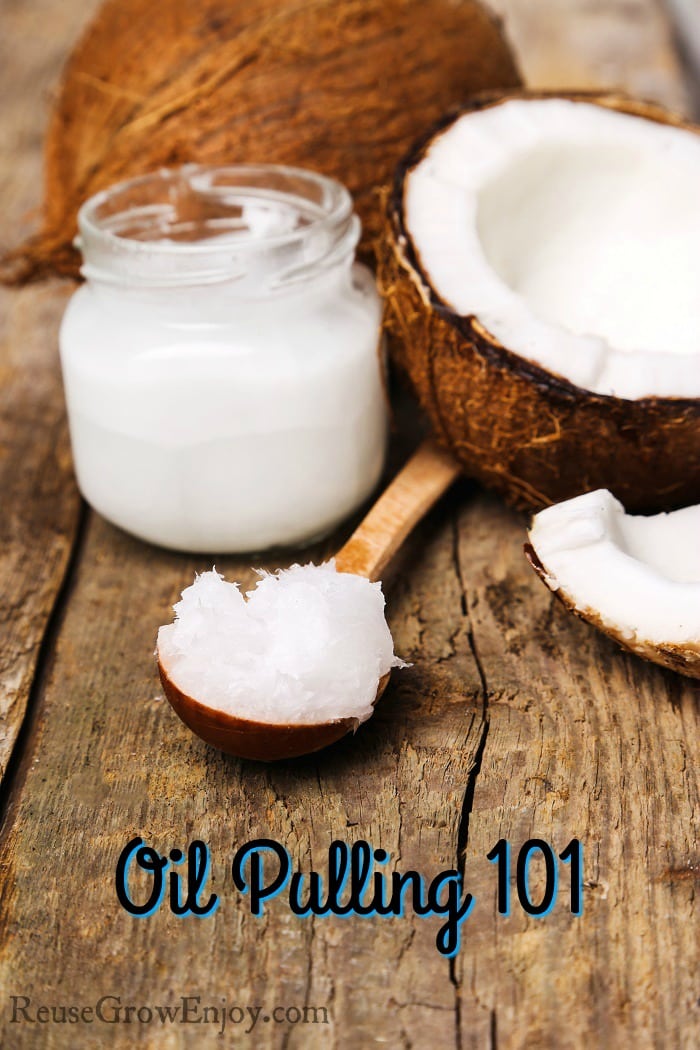 Oil pulling, oil swishing, Kavala or Gundusha, no matter what you call it, it is nothing new. Oil pulling is an ancient Ayurvedic dental technique. If you never heard of it, then now may be the time to give it a try!

What Is Oil Pulling?
You may have recently heard about oil pulling, but it’s not something new. It has been practiced for centuries in India and southern Asia. The purpose of oil pulling is to remove oil-soluble toxins from your body; this is done by swishing a tablespoon of oil around in your mouth first thing in the morning and even up to a few times a day.

What Are The Benefits Of Oil Pulling?
Many people who practice oil pulling claim it naturally whitens your teeth, reduces gingivitis, reduces cavities, reduces inflammation throughout your body, increases energy levels, boosts your immune system in general, and works to detoxify the body. Some people who start oil pulling say they experience some positive effects right away, others say it takes a few days or maybe even weeks if you have a lot of toxins in your body.

Are There Any Known Harmful Effects Associated With Oil Pulling?
I am sure there is somebody somewhere who will tell you something is harmful about oil pulling, but I have not found any it.

Do Dentists Recommend Oil Pulling?
The American Dental Association cautions that while oil pulling is ok to do, it should not be used to replace flossing and teeth brushing.

What Type Of Oil Should You Use?
Traditional people used sesame or sunflower oil, however, many people today like to use coconut oil, and there are those who prefer clarified butter oil (ghee). Of all the above oils only coconut oil was shown to prevent Streptococcus. Personally, I like to use virgin coconut oil for oil pulling because it is truly “raw” – unheated, and unrefined. If you decide to use coconut oil, keep in mind that it solidifies at 76 F, so you will need to gently liquefy it. Gently liquefying the oil does NOT mean pop it in the microwave, it means placing it in a small mug or another type of container and placing that in a pan of warm water until it forms a liquid state. Another way to gently liquefy coconut oil it to let simply it melt in your mouth and then start swishing.

How Often Should Oil Pulling Be Practiced?
Some people practice oil pulling three times a day, others just once a day in the morning upon rising and there are those who only practice it once a month. How often to practice oil pulling is really up to the individual and how healthy or unhealthy of a lifestyle you have.

How Do You Oil Pull?
As soon as you wake up, drink one or two glasses of water to wake up your mouth and get your saliva flowing. Other than the water you just drank, pulling should be done on an empty stomach.

Next place a tablespoon of organic cold pressed oil or oil of your choice into your mouth and start swishing, pulling the oil between your teeth. Continue swishing the oil for as long as you can, most people start with about 5 minutes and work their way up to 15 or 20 minutes.

After you are done, spit the oil out into the sink or trash. Whatever you do, DO NOT swallow the oil, if you do so you will be ingesting the very toxins you are trying to remove. Plus let’s face it, we do not need to add all that extra oil and fat into our body.

Then brush your teeth as you normally would and you are done! Wasn’t that easy?

If you decide to give it a try, feel free to comment below and let me know what you think of it!

If you liked this post, here are a few others to check out, 5 Benefits Of Dark Chocolate, Apple Cider Vinegar Uses, and Green Tea Sugar Scrub.