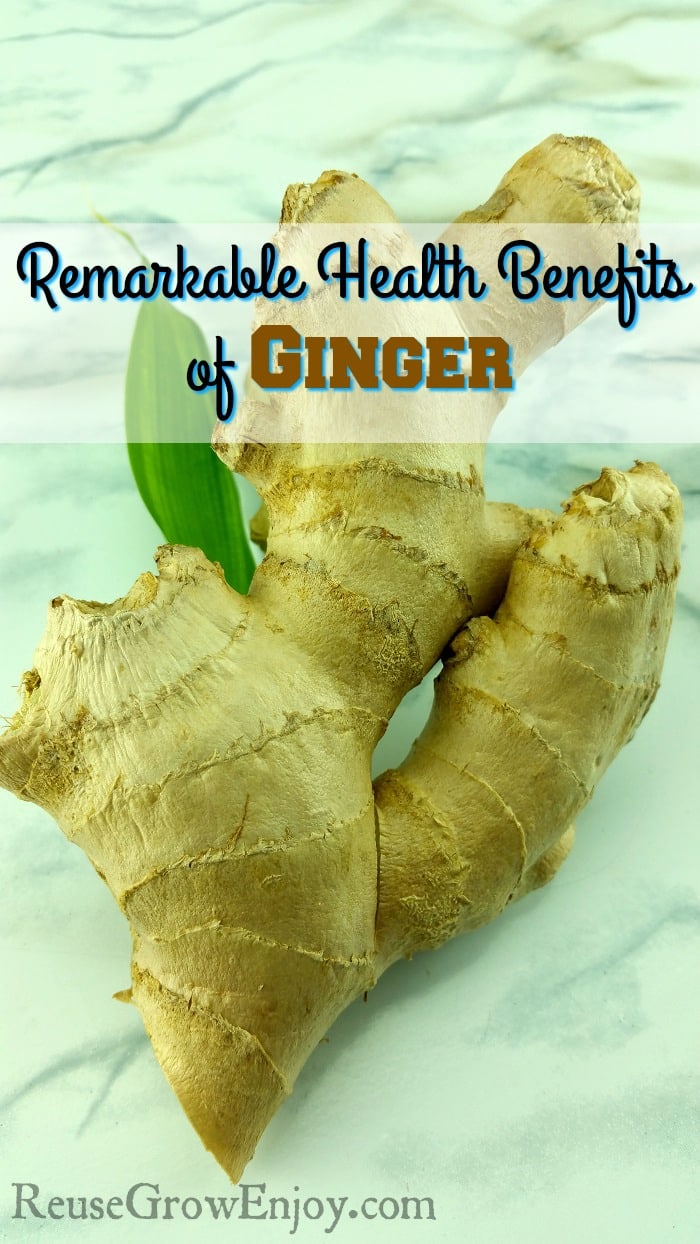 Ginger is so much more than a simple garnish or an ingredient in “kid-approved” gingerbread cookies. The spice, which originated in China, is a must-have staple for your medicine cabinet as well. Below we will share some of the top health benefits of ginger.

Ginger is commonly used to treat nausea, especially when this discomfort is brought on by morning sickness. It’s also often used by people who are going through chemotherapy, as a natural alternative to prescription nausea medications.

The most common way of achieving relief, in this case, is to chew on raw ginger root. However, if this method doesn’t appeal to you, over-the-counter ginger lozenges and chews and candies that are a suitable alternative. There is also the option of ginger capsules.

Recent studies indicate that adding as little as two grams of ginger to your daily diet can lower your blood sugar. It helps your body process lipids and carbohydrates, which leads to both reduced and more stable insulin levels.

Not only can a daily dose of ginger keep your blood sugar levels low, it also has the potential to decrease your risk of heart disease. Data proves that ginger is instrumental in the reduction of both cholesterol and blood triglyceride levels. This helps to improve heart health and to regulate blood pressure.

A 2013 study on the effects of ginger extract in rats found it to be nearly as effective at lowering cholesterol levels as the medications that are currently prescribed by doctors. Just yet another great health benefits of ginger!

According to the University of Maryland, using ginger to combat cold and flu symptoms really works. The next time you start to feel under the weather, simply steep two tablespoons of ginger root (chopped or shredded) in one cup of hot water. For best results, drink two to three times per day.

Ginger contains gingerol, a substance similar to the capsaicin that gives chili peppers their fiery flavor. Gingerol is a potent anti-inflammatory, which makes ginger effective at fighting infections.

Speaking of gingerol it, along with some of the other nutritional compounds found in ginger root, reduces swelling in the brain. How does this work? These compounds reduce the levels of chemicals including nitric oxide, which relieves inflammation and oxidation in the brain.

This inflammation can become a serious problem as you get older. In fact, it’s believed to be one of the key factors that can lead to age-related memory loss and decreased cognitive activity.

It’s no surprise that the healing power of ginger has been an integral part of Chinese medicine for over 2000 years. The information provided here honestly just scratches the surface of health benefits of ginger.

Regardless of exactly where the uber-healthy spice first cropped up, it’s one of the world’s most important varieties. There’s no better time to start improving your overall heath with ginger!

If you liked this post on Health Benefits of Ginger, here are a few others you may like.